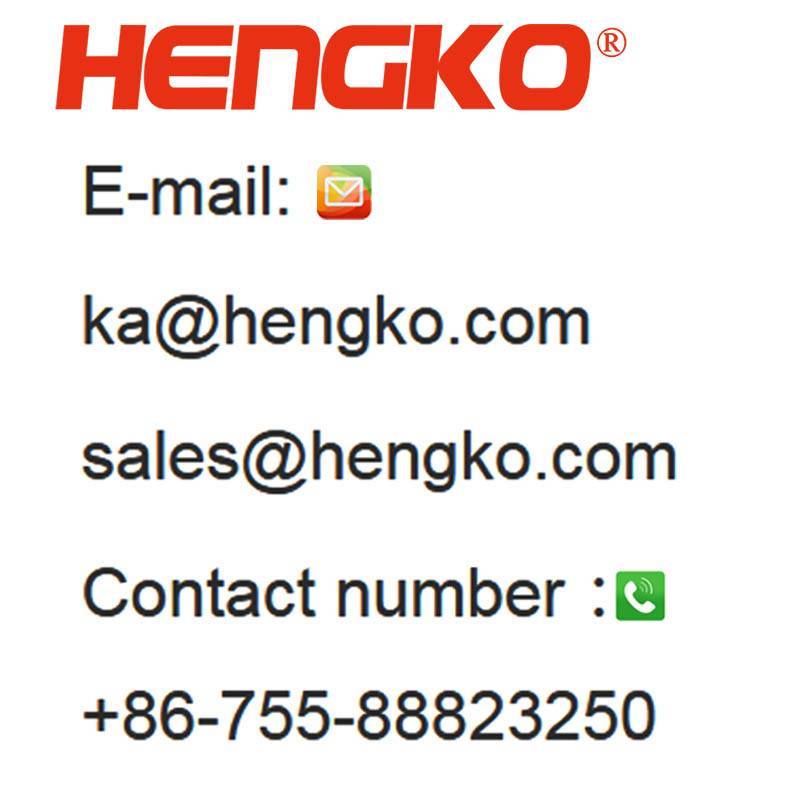 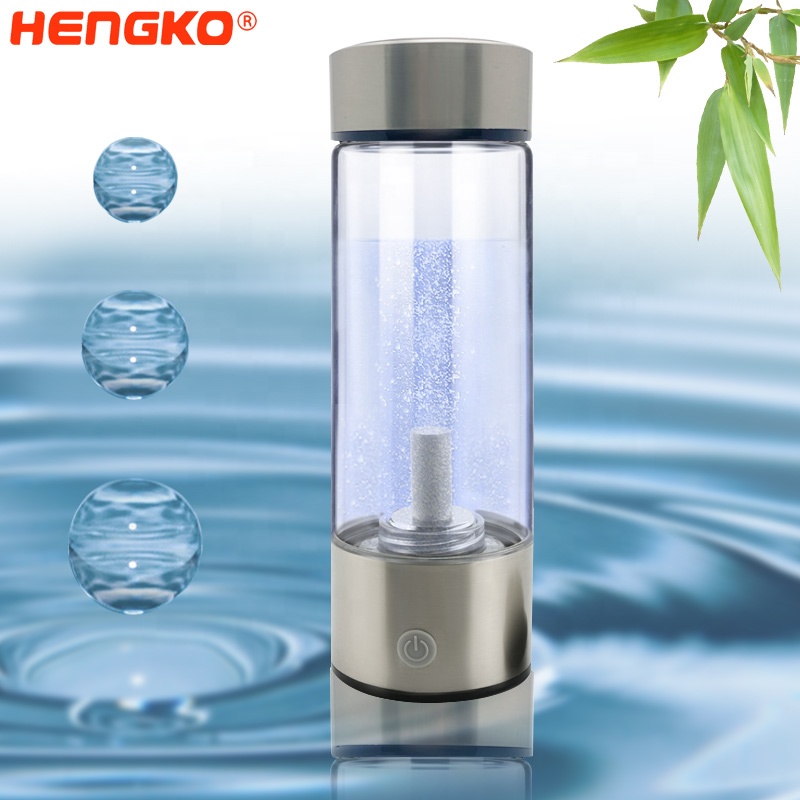 ◆ HENGKO diffusion stone is suitable for force carbonation of beer, it is ideal to force carbonate the kegged beer, or as an aeration stone prior to fermentation.

Carbonate the beer just like the pros with this stainless steel carbonating stone. 0.5 HENGKO oxygen stone is used to force carbonate beverages like beer, champagne or sparking meads with carbon dioxide. compared with the 2.0 micron stone, the 0.5 micron stone will carbonate beer quicker and with a longer lasting head because the bubbles that it creates are smaller.

It quickly carbonating beer / soda water, the CO2 or O2 will be forced through the millions of tiny pores in the stone, which dissolves the gas into the liquid. Let your beer or soda water get a good mouthfeel. Some people like to speed up the process of force carbonating beer by putting extra high pressure on the keg, but a more effective and precise practice is to use a HENGKO carbonation stone or diffusion stone.

Rocking your keg with the low pressure gauge set at 30 PSI may get the beer carbonated in one day. This may also, however, cause you to end up with over carbonated beer, which can be a hassle. It can take longer to get the carbonation out of solution than it look to force it in.

A better solution for speeding up carbonation would be to use a HENGKO carbonating stone, also known as a HENGKO diffusion stone.

This is a piece of stainless steel, perforated throughout with a huge number 0.5 – 2 micron holes. Keg lids fitted with a diffusion stone are also available.

Force carbonating beverages. Set your regulator to about 2 psi, and the gas will be forced through the millions of tiny pores in the stone, which dissolves the gas into the liquid. Your beer will be carbonated overnight. You will need a homebrew kegging outfit with CO2 tank, regulator, lines, and a keg. Simply attach a 24″ length of ¼” ID tubing to the gas side dip tube of your keg with a worm clamp. On the other end of the tubing, attach the diffusion stone using another clamp.  There are charts available online and in books for exact levels of temperature and CO2 pressure to achieve desired carbonation levels. Following is an example for average carbonation in beer: Chill the beer to 40 F. Adjust the regulator to 2 PSI and attach the gas disconnect. Every 3 minutes increase the pressure 2 PSI until 12 PSI is reached. At this point the beer will be carbonated, but it won’t hurt to leave it alone in the refrigerator for a few days under pressure. 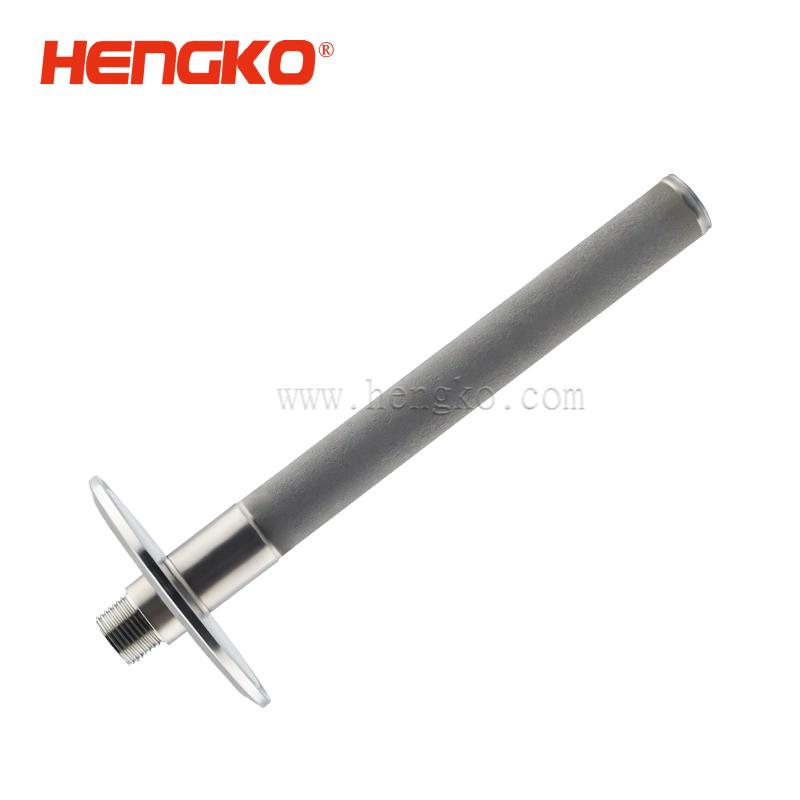 How to use the diffusion stone 1.The “stone” sits inside the keg near the bottom. 2.A hose barb attaches it to a length of tubing (generally about 2 feet of 1/4” ID thick wall vinyl hose) which is affixed to the short downtube under the “in” or “gas side” post. 3.When the CO2 is connected, it sends a tremendous number of gas bubbles out through the beer. The miniscule bubbles create a huge amount of surface area to help absorb CO2 rapidly into the beer. This is actually a miniature version of a device used by commercial breweries everywhere. 4.Carbonation should be virtually instantaneous, though the manufacturer recommends carbonating your beer at least a few hours before serving. 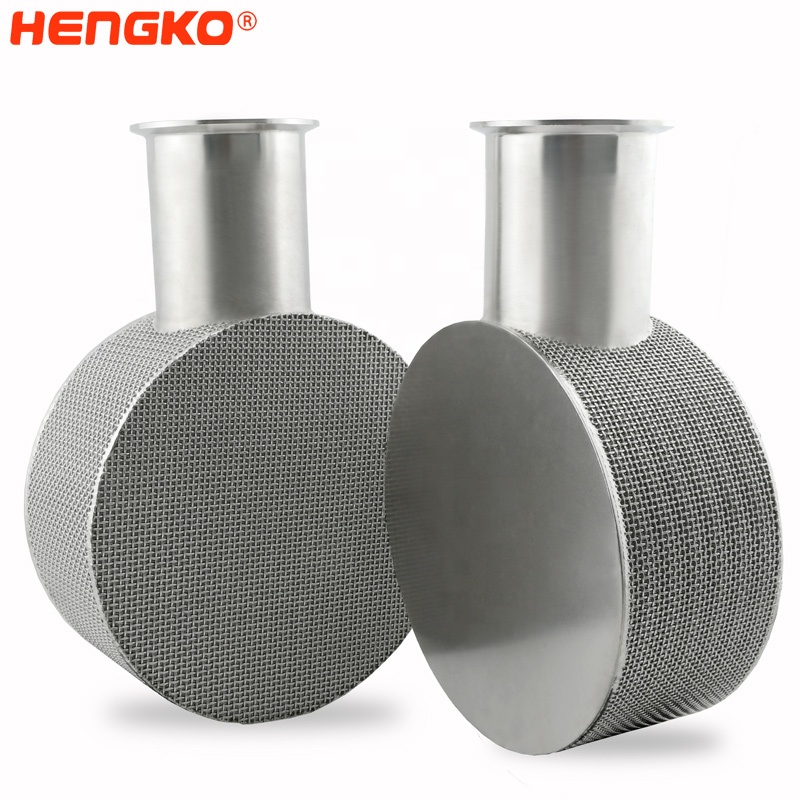 HEGNKO diffusion stone can be installed into the 1/2″ FPT fitting or 1/4″ diameter ,1/4″ barb or other custom connector, to connect with compressed oxygen tanks , air pumps or kettle&wort chiller by hose. The detail attention : After carbonation, you can shake the beer keg. If do that, you beer can reach the best mouth-feel.high gravity beers may require more time because oxygen does not dissolve as easily in liquids with a high specific gravity. It’s important to clean and sanitize diffusion stones thoroughly before each use and after use. Install an air filter, ensure a clean air source or the air being fed into the stone is clean, to prevent contaminants from clogging the stone or infecting the wort. To properly sanitize your stones, we recommend you run it in a sanitized solution for 5 minutes. If the stone becomes clogged we recommend boiling the stone for 1-3 minutes to sanitize & unclog the pores , help break down anything within it. If boiling is not an option, we recommend soaking in Star San. Star San will remove a majority of surface contamination/bacteria, but will not sanitize the interior of the stone which may or may not be contaminated. If the pores in aeration stone get blocked from handling give a 15 seconds dip in hydrochloric acid before rinsing with water.

Want more information or would like to receive a quote?

* Easy To Sanitize —— soaking this 0.5 micron diffusion stone in boiling water for 20 to 30 seconds. Don’t touch the actual carbonated portion of the stone with your hands * Easy To Install Or Use —— Using 1/4″ ID tubing to connect to the hose barb on the stone.This carbonation stone can used with the air pumps,no more need shaking your bottle 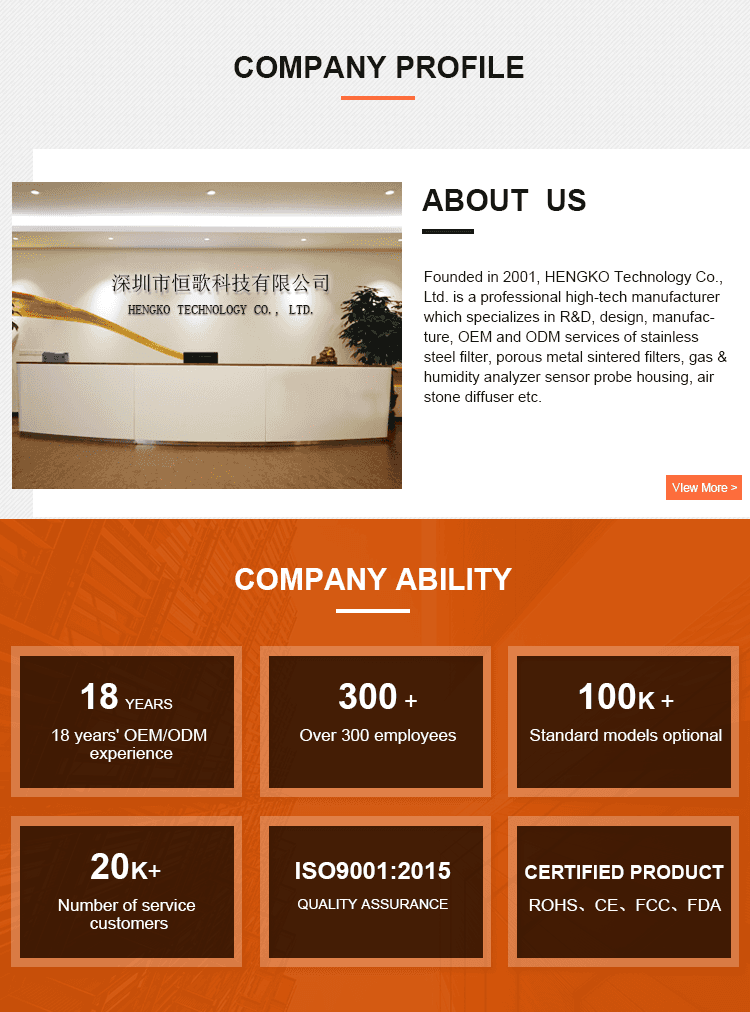 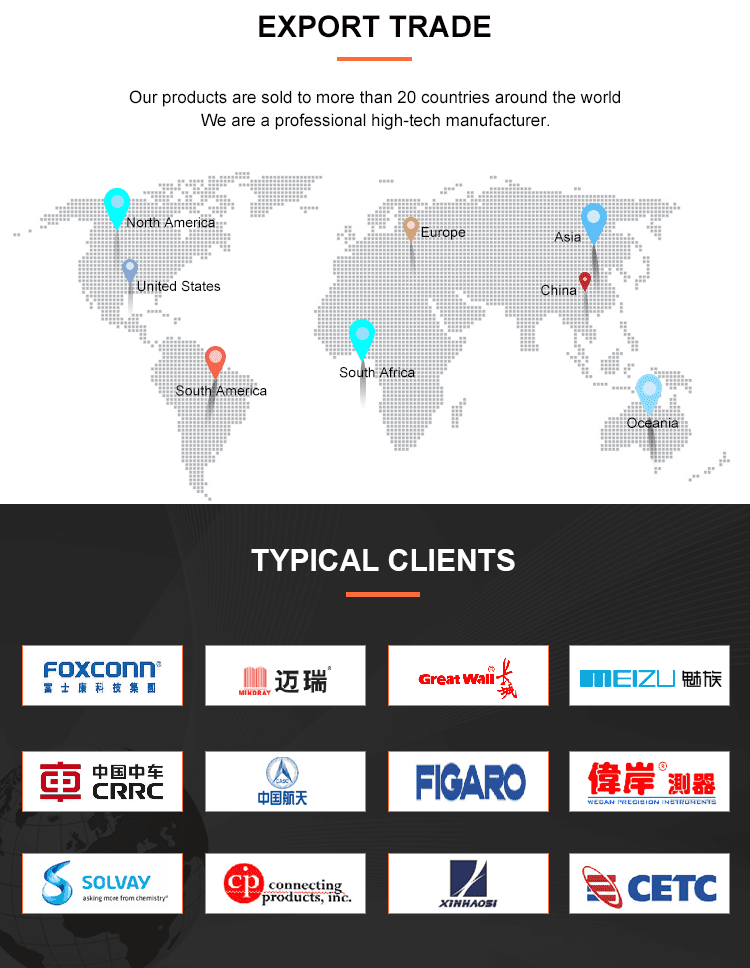 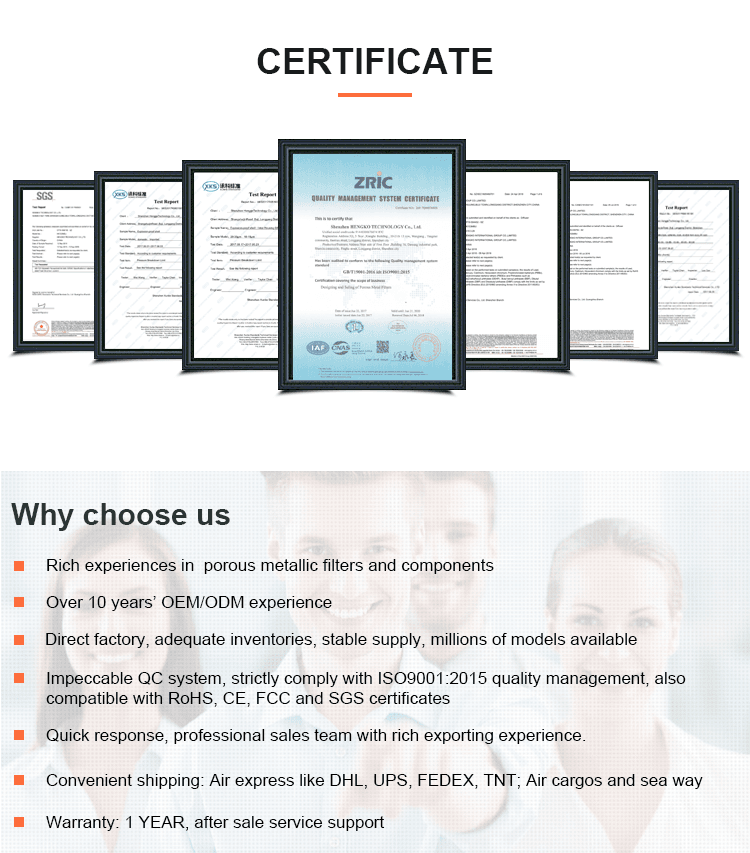 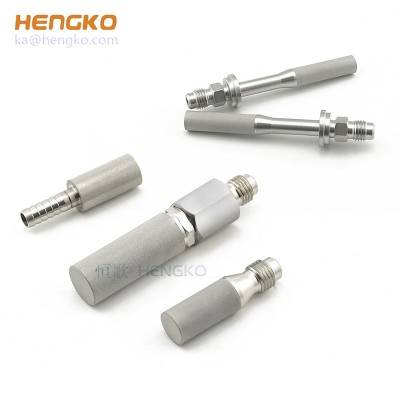 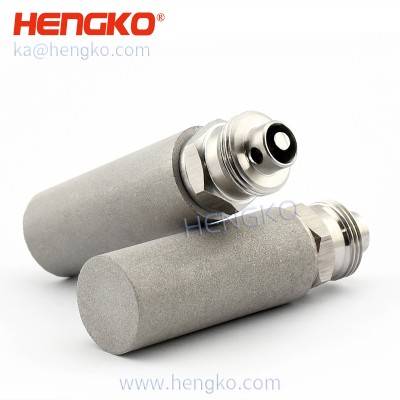 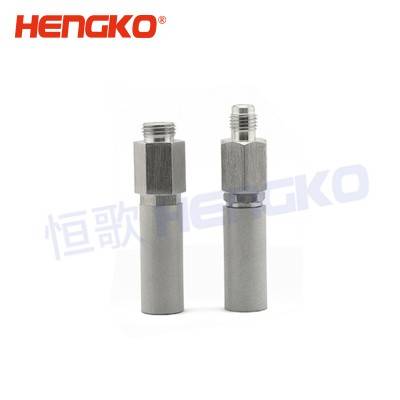